Rather than using the Dock to stash loads of app shortcuts, you can turn it into something resembling a focused app-switcher with the following command:. After running this, the Dock will only display apps that are currently running. Essentially, this mirrors the Mac app switcher , albeit with items being displayed in the order they were launched, not in terms of recent usage.

How to reset the Mac Dock to default | vozozesito.ga

To change this back to macOS defaults, switch yes for no in the command. There are a few Terminal commands that go beyond the Dock System Preferences pane in terms of changing how the Dock looks. To switch to a standard macOS effect, use System Preferences as normal, or replace suck in the command with genie or scale. When using magnification, app icons sizes max out at pixels. You can also fine-tune the size of the Dock, beyond the range Apple provides in System Preferences:. Around 48 appears to be the default size on most Macs, and 16 is the smallest setting accessible outside of Terminal.

This time can be adjusted using the following command:. Using 0 removes the animation entirely, or you can use fractions to merely speed things up a bit. Follow IntegoSecurity. The Mac Security Blog. You can also choose whether the folder appears in the Dock as a folder or a stack. Displaying it as a folder uses the same blue folder icon as in the Finder, while the stack shows a stacked preview of the files in the folder. 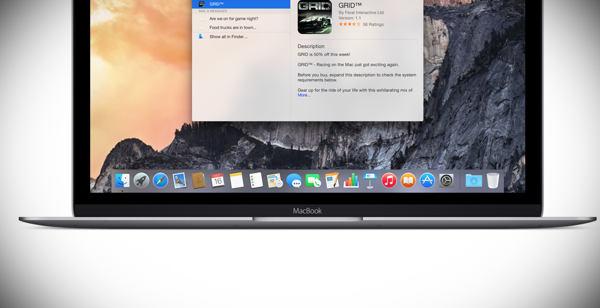 This is purely an aesthetic choice, although the contents of some folders may lend themselves to one approach or the other. More interesting is how you can customize the folder preview. Fan, which is an option only when the Dock is positioned at the bottom of the screen, shows the enclosed files in a curved stack with icon previews.

List shows just a pop-up menu of file and folder names, and Automatic tries to choose which display to use based on how many items are in the folder. Grid view is the most useful in general. You can also scroll through the files to see everything. Fan view shows too few items and is just strange, while List view is a bit too bare bones.

The Grid and List views also let you navigate into nested folders. Click a folder to reveal its contents in the Grid view; you can click the back button to go up one level. In List view, you can access nested folders via a hierarchical menu. However, in Grid view, you can also drag files and folders from the preview to the Desktop, other folders, apps, and more.

If you have an external drive that you want to dismount, or some form of removable storage like a DVD that you want to eject, start dragging it and the Trash icon becomes an Eject icon. You can also access the Dock preference pane by Control-clicking the divider between the app and document sections of the Dock and choosing Dock Preferences when you mouse over the divider, the mouse pointer turns into a double-ended arrow. The first setting is the size slider. If you have the screen real estate, larger is usually better. At its largest size, the Dock automatically scales to the size of the screen based on how many icons it contains.

You can also resize the Dock directly. Move the mouse pointer over the divider between the app and document sections until it becomes a double-ended arrow.


Click and drag to adjust the Dock size. Next, you can choose to turn on magnification and set how large you want the magnified icons to be. When magnification is enabled, Dock icons enlarge as you mouse over them.

By default, the Dock is displayed horizontally on the bottom of the screen. That leaves extra space on the sides of your screen, so it makes sense to pin your Dock vertically on the right or left. Which side is better?

That makes sense in macOS too, since it keeps the Trash in the lower right of the screen. Mastering its nuances will help you work faster, more comfortably, and more efficiently. If so, let us know in the comments. I should have Googled this first, but still, an interesting tweak to make to the Dock http: Do you know anyway to clear the shortcuts to recent documents for apps in the dock?


For example, I want to clear some Numbers files that still appear in the 'recents' even though they were deleted last year. I don't think you mentioned that clicking on the System Preferences icon in the Dock allows you to select which system preference you want. I discovered this while checking out some of your points. Yep, that falls into the category of apps providing custom Dock menus.

Every app is different and some are quite useful try BBEdit, for instance. The command inserts an empty space about the size of an icon in the Dock. You get one space every time the command is issued. The spaces can be dragged around. I use them to divide icons into groups. I have one group for email, message, calendar, etc. When the space is not needed anymore, just right-click and choose to remove it from the Dock.

For multiple folders in the Dock: Since folder icons in the Dock look all the same except for system folders like Apps , you can change them in their info box by selecting the folder image and pasting a replacement image. I have made a bunch of folder icons with letters in them, so I know what they are, e. Been using Docks for 20 years and I still learned a lot.

One glitch for me: To invoke Mission Control in Application Windows view Glad it helped! As for what Mission Control is, that would be another article entirely. I wish we could get rid of the Options sub-menu when right-clicking a dock item. On most applications there are only 3 items there and Show in Finder is one I often use.